a drizzle in the hyphen desert

Well, as expected, KAT-TUN released everything all at once!

The AMU, Hakata Station commercial and just when the world was about to get satisfied with the breadcrumbs, they dropped dates for the release of the CAST and UNION dvds!

And I love how the cm captures their personality... the baseball the boxing the DIY <3 pic.twitter.com/BTXNLWnlnd

Listen to me, I love them. pic.twitter.com/ovQJIPdLdP

The cm did them so much justice and as I watched, I kept smiling and thinking, 'now many more people will see KAT-TUN'. Per population, Fukuoka is in 8th place and Hakata Station is always busy. 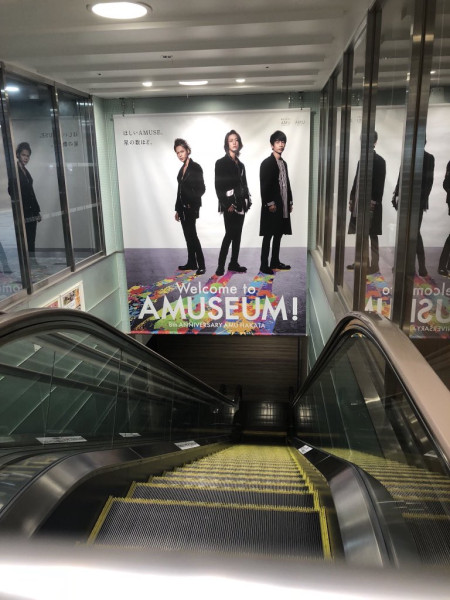 When I initially saw this escalator I laughed out loud and sent a pic to my friend and she replied with a 'LOL' not because of KT (she's not a HYPHEN so she didn't even notice them) but because about 3 years go while in Fukuoka, the silly me attempted to walk up this escalator because I didn't want to go ALL THE WAY down then come ALL THE WAY back up... which proved difficult and after the fact was really silly and dangerous but it was funny back then lol

KT are slackers but when they deliver, they really deliver ^^

Now I hear word of Nakamaru dropping hints about a 'Summer Tour'... my piggybank is finally open for business ^^