Kizuna Don: A Tame Tami PicSpam and ramblings of sort ! 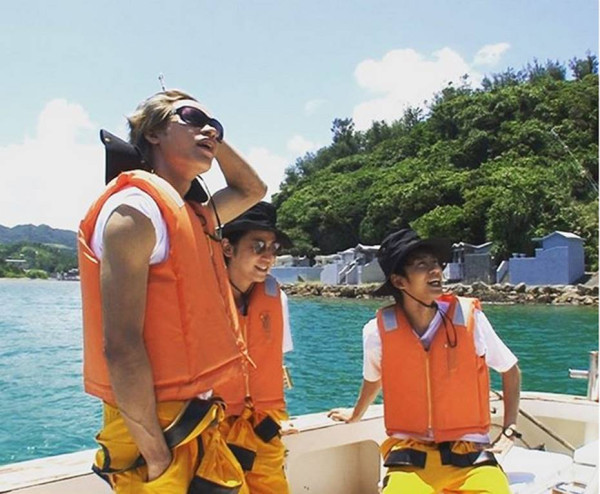 Tame Tabi is a whole lot different from Cartoon KAT-TUN and I guess many people still cling to that style of bangumi - I'm guessing it's because that's how many people got a foot into the fandom and the OTP ships were stronger there... so it holds nostalgic feelings and while I also loved CTKT, I must say bangumi like Shounen Club Premium and Tame Tabi are my favourites!

SCP is obvious, they get to experiment with their music and with other people... it was actually their playground and I get the feeling they had a good bit of control over what songs they'd perform and how they'd perform it and at those moments, I feel like YES! I was right to have chosen KAT-TUN.

But then Tame Tabi... 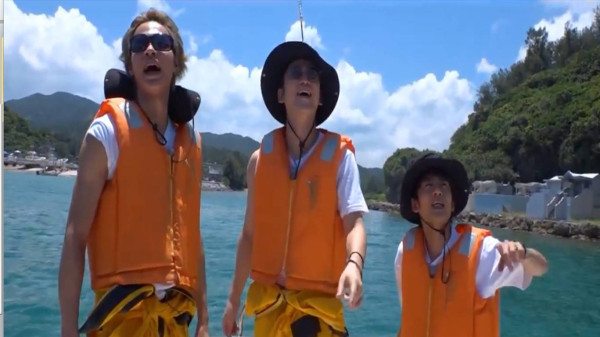 This 2 part Okinawa feature (concluded Sept 07,2018) -  it first started out the usual... Ten no Koe teasing them and he and Ueda bickering like father and son and Kame trying to talk them into getting along and Nakamaru is watching from the sideline lol - but then they set out to catch their 'maguro' (tuna) and strangely (like even Nakamaru found it strange that he was catching everything... he caught a total of 6 - at one point, he caught 2 at the same time)... and Ueda wasn't doing that bad either, he started out slow but he eventually caught 3, one of which was the biggest of the 9 caught... and surprisingly, Kame hadn't yet caught a single one. It was funny actually, I started to laugh. It remined me that ep in Taiwan when Nakamaru was surprised that the girl chose him instead of Kame... because we all know Kame has 'THAT' luck.. it's a strange thing.

Nakamaru is such a mindful guy. It's a team exercise so it was really cute how he was like;

'I caught 6, Ueda caught a very big one and so it would nice if Kame also caught a big one (a 5kg or 10kg)'.
So he gave Kame his special hat for good luck.

It was really cute how just how much they also wanted Kame to make a catch. So Kame thankfully borrowed Nakamaru's lucky item. 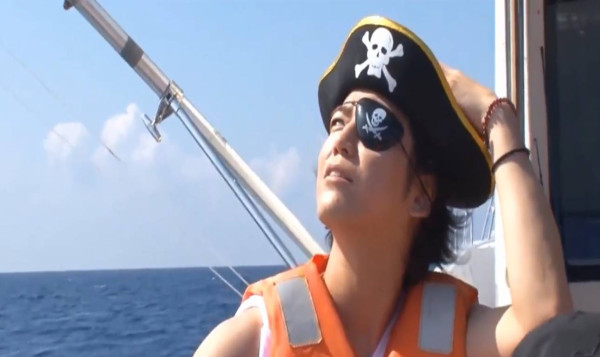 Remember what I said about that 'luck' Kame has... well he proved it again... the sequence of event was quite funny, actually lol ... Just as time was up and Kame was reeling in to pack up, he - 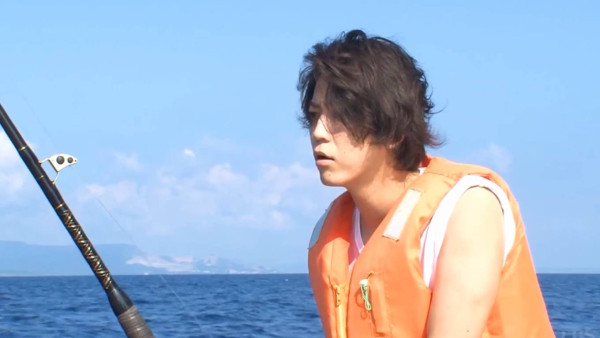 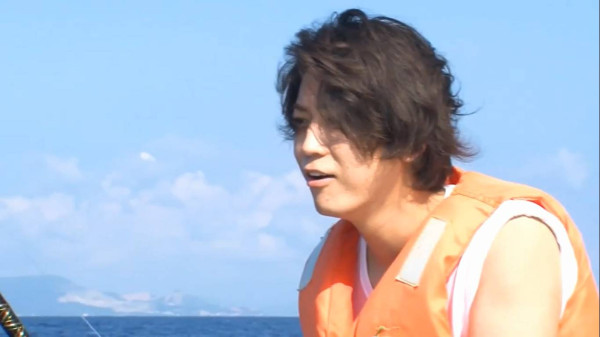 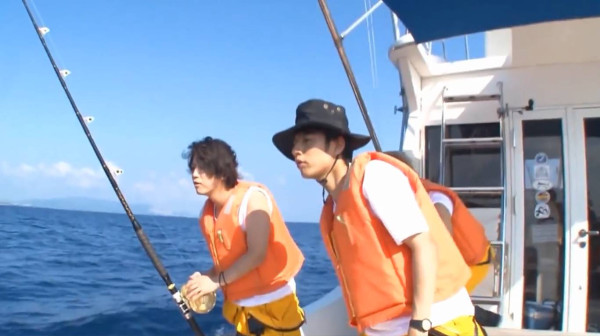 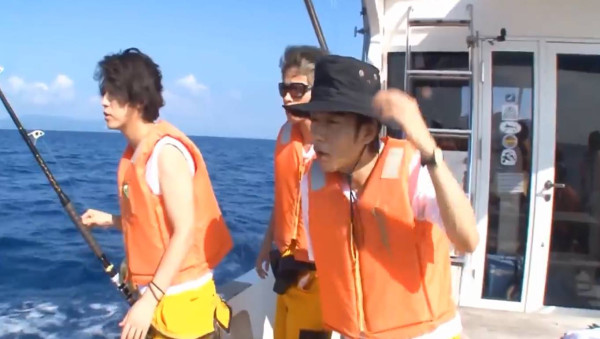 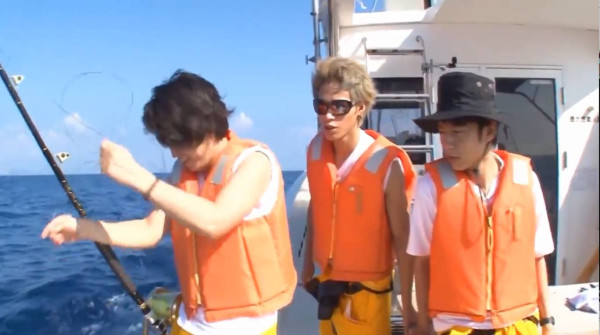 In the end, it wasn't a big/mature one but Kame said it's the feeling that mattered. 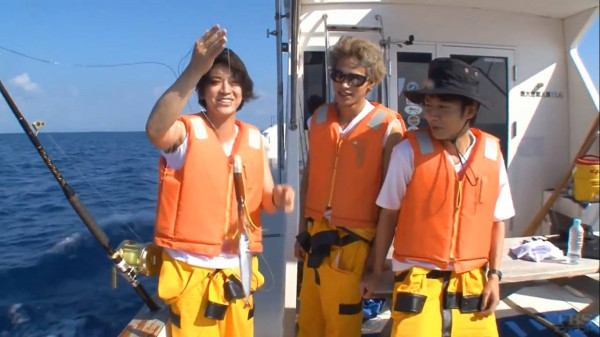 And then Kame made this 'Kizuna don' - and well all know from Kame's solo years ago that it means - bonds or connections between people and so Kame went on to explain that it's the combined power/effort of the tuna Nakamaru and Ueda caught and him preparing it.

It looks so healthy! 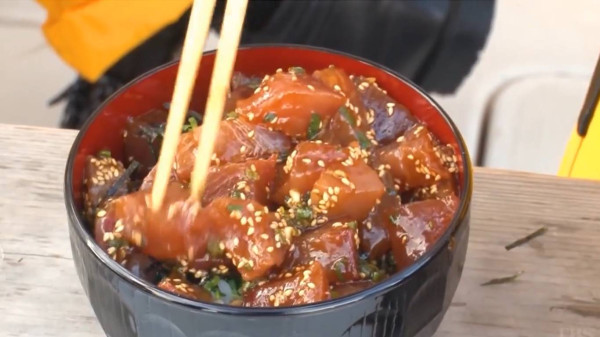 Ueda said it's the most delicious of the dishes made that day but even more awesome is that Ueda was the first become sentimental - saying how even though at times the things they have to do for the bangumi can be a bit---- in the end it's always worth it and of course, Nakamaru and Kame echoed this sentiment... hoping this programme can allow them to be even closer and closer to HYPHENS.

Over all, this week was great! I guess they filmed this during the CAST tour since they refused Tengu's ice-cream - I guess sweet/creamy food is no good during this time... plus Nakamaru was basically, 'well, we have so much fish and Kame is here so might as well we let him cook for us' lol 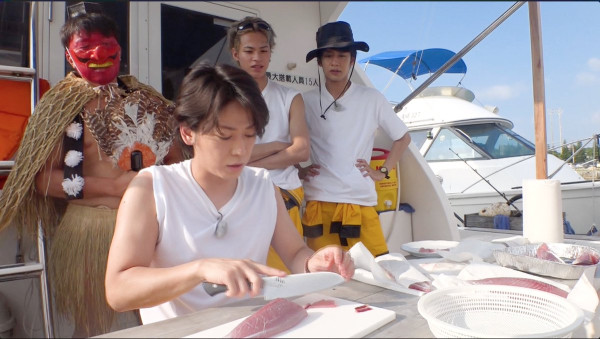 Ueda and Nakamaru were just waiting in the back... totally unhelpful lol
Guys, I wanted to screencap everthing but then because there are so many noteworthy moments like the way Ueda refused Tengu's food and the ice-cream and how Nakamaru and Kame were just laughing and Kame was telling Nakamaru to properly explain since Ueda was just 'not polite' lol but it was fun. No hard feelings. !
Just look at how happy they are; 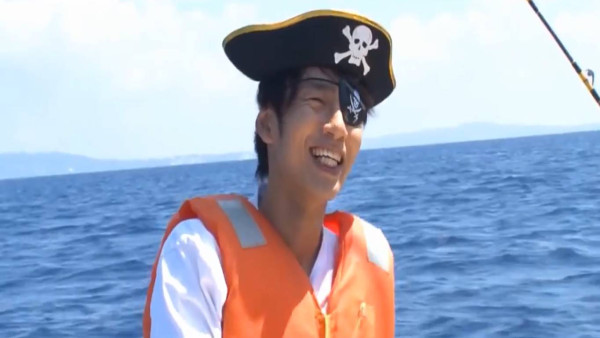 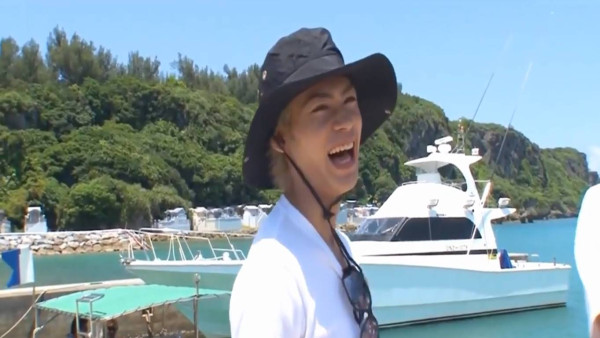 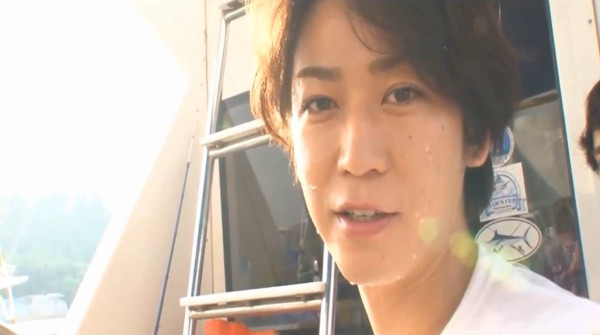 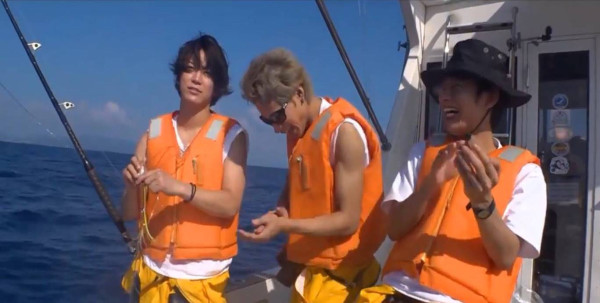 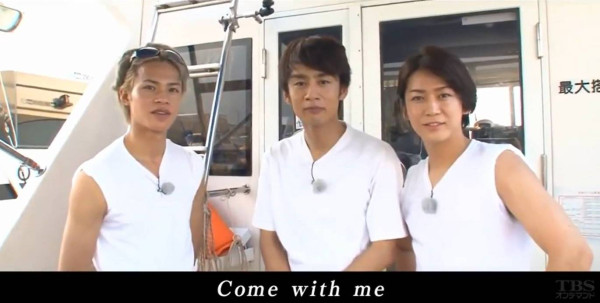