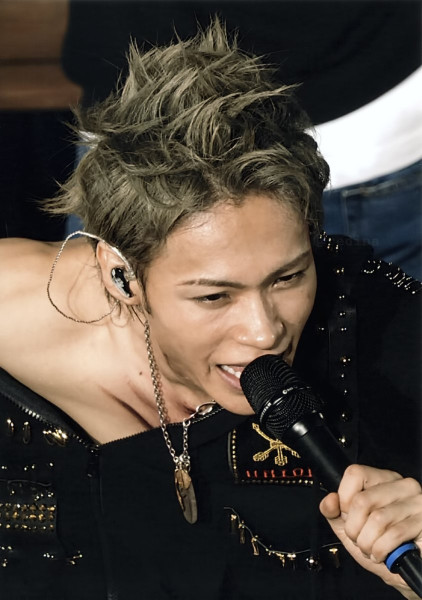 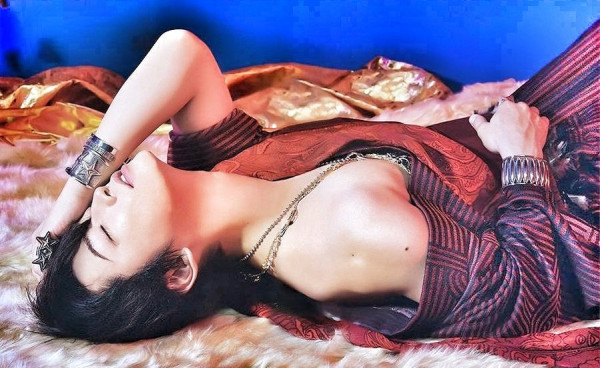 I've been meaning to make this post WEEKS ago! And I'm not even kidding. I swear, I've tweeted these 5 months more than I've in 5 years... and I'm not joking. Twitter does something to you. ugh. I think it's because it doesnt take much effort to write your thoughts... as oppose to LJ where you have to format and shit...

But on twitter, I've realised that I can't go full on pervy as I can on LJ, you know... like I feel like my mother is going to happen upon my pervy tweets or others are judging me LOL

It sounds silly but it's true... like I seriously want to lust after Ueda's and Kame's collorbones and when they expose their nipples, my imagination goes all sorts of exoticism with flashes of hell for the thoughts I have but twitter is no good for that...

Like look at Ueda and Kame... I wouldn't mind living out the rest of my days just chomping on their collarbones and playing with their tits and this pic; 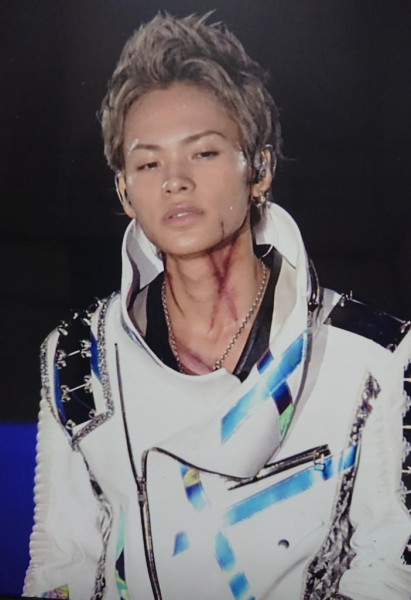 Like, I would give Ueda a whip and just lie bare before him and take my punishment... you know?

I like LJ because I can be pervy without worrying about being blocked... unlike twitter that's sensored... as well, I feel like LJ is less judgy...

And where's that pic of Nakamaru's shoulder blades? Someone, please hook me up.

Anyway, apart from that, many things happened why I've been absent from here... like I recently moved... job hunting... found new job... adjusting to new place... not winning concert tickets to CAST... then having to buy a ticket thrice the normal ticket price... to Klaroline not being 'official' endgame [this one hit me hard, you guys... TV is wicked - and that's a whole new anger that I need to address in a separate post... someday], to being iffy about making it to GACKT's new event in October with the new job and all... many things... though I suppose looking at them written out now, they all seem trivial...

Anyhow, this vid of Nakamaru made me laugh today and so it's the reason why I'm solidly able to make this post;

I know I always complain about twitter even though it seems like now I'm always there but the truth is, I hate it... and I want to hurry up and get over my heartbreak over Klaroline so I can again live a secluded life without feeling the need to lash out at people I consider stupid. ugh

Hello, is anyone still here?