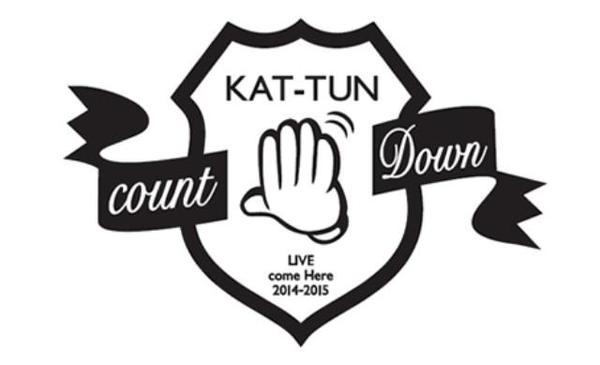 Junno as himself, all bouncy trying his best to wave to everyone in front of him and very calculating, he was… he wore that pair of tight white pants again that just commanded your attention that once you set eyes on those long dancing legs and tight ass, you can’t look away. You could really feel his energy and that he was happy to be with us.

Maru was himself as well. He joked with the crowd quite a bit especially during his beatbox corner. This time he chose a 9 year old (30th) and a 14 year old (31st) which made me wonder if he had spotted them in the crowd beforehand. In both instances, he reprimanded (in a jestingly manner) the mothers for wanting to say the clip insert – the message to KAT-TUN into his beatbox machine thingy ~ and as always, it’s really incredible how skilled he is in mixing tunes with his beatbox. The first message was, "KAT-TUN Daisuki" and the second message "From here on too, 4nin do your best/good luck". Kame followed up at the end of the song that followed replying, "4nin will do their (our) best" ;-)

And Tatsuya was just wild and sadistic. When you see his solo on the DvD then you’ll understand… though I guess you already know this. After the countdown minutes when it’s his turn to give a message, he did the ‘Iriguchi Deguchi, Taguchi desu’ and I was just dying with JunDa feels~…

Now, where to begin… well before I start this will be my usual incoherent memory of what happened. I really do have the memory of a goldfish… it’s like the shock of excitement makes me forget things.

Okay, let’s start with the solos because I’m still giddy over Junno’s.

But let’s start with Tatsuya’s – ♪Art of Life. Of all of the solos, his changed the least from the arena tours in summer. He was still wild of course, but I think he was wilder at the countdown. This time he came with this huge cigar in his mouth (I can’t remember him having it for the summer concerts - I remember a cigarette). During that part in the performance with just the instruments where he would just dance, this time he created something like a fight scene with the back dancers beating the crap out of each other and he was just there smiling and enjoying being the the king of wildness… wild and erotic~ during his short dance moves he was all waist grinding, skin and nipples *dies*

Maru also did his solo and surprised us all with ♪Snowflake then he did ♪Crescent. And we all know that Maru is a good dancer. The crowd went wild when he started with Snowflakes and it was really good seeing him perform it.

And then Junno’s solo: I was very surprised with the mix and happy with Junno’s solo for these reasons.

And as mentioned above, Kame was like the energizer bunny. ♪Emerald was changed a bit more into a disco dance tempo of sort with him doing the usual teasing with his tongue until he busted out in ♪Hanasanaide Ai … and then once again the waistline came alive and he was just pure sex on stage. In ♪Hanasanaide Ai there was a clip in the background with him ‘naked’ and dripping wet and well… SEXY!!! My friends and I wondered if that was a clip from his solo pv *I hope so* It was really hot!!!

There was also a new section different from the summer tour in which ‘at random’ using a ‘slot machine’ sort of picking, that members were chosen to perform another member’s solo. The crowd was raving happy and it was indeed a brilliant idea.


Here’s a drawing of the whole set up: like THIS

Then right after this awesome madness, we were fortunate enough to hear the new songs from the upcoming single – ♪Dead or Alive. I can’t really describe them to you since the right words aren’t coming to me now but they were;

·         ♪Dead or Alive (and lol, after watching Samaazu no Utafuri, I kept imagining Tatsuya busting out on stage all dolled up like a flashy chic)

However, ♪You Are Delicious wasn’t performed on the 31st.

There was a different set up for the 30th and the countdown on the 31st. Not all the same songs were performed on both days. Also, Junno’s and Maru’s solos came way earlier than on the 30th. They really planned everything in time for the 7 minutes prep to the 2015 countdown. The lighting works was beautiful. It felt great ringing in the New Year with a bang with KAT-TUN right in front of me. The four gave their New Year's message, nothing too new except Kame warning us that we’ll see more naked him this coming year *salivating already*. Kame talked about his upcoming drama Second Love and kept iterating how ero it will be. He even wondered if his mother would be able to watch. What got the crowd cracking up was how Kame was imitating Maru’s kiss scene on First Class (and even closed in on Maru as if to kiss him). He was really really really teasing him (lol). He hyped up this drama so much that I’ll scream if they don’t deliver on this ‘adult theme’.

For the setup right after Maru’s beatbox section, the ‘bar’ scene leading into ♪Black was more or less the same but they added in their own lil playfulness. Like Ueda giving Junno his shot of drink in a tin bucket instead of the glass… they also played around a bit when Junno went for his ‘second’ drink (JunDa ♥)

Nakamaru’s ‘Salesman Setup’ also changed. During summer concerts, he very earnestly promoted his mouse mat and I suppose he must have made tons of cash on that promotion because this time he showed up promoting the trump card all decked out in huge gold chains, a gold ring big enough to fit over two fingers and a moustache that Ueda combed and stuck back into place after it nearly fell off *face palm*

This time, however, he had the company of the others and they were all cosplaying somehow promoting the Trump Card like it was some lifesaving never before seen invention (it's a pretty card though - no pictures but it looks like those cards you would use at high end casinos). It was a fantastic and very entertaining watch. In the video, Junno was dressed for the look of his "Kyou wa Kaisha Yasumimasu" work suit, Kame was dressed in a suit as well and wearing a hideous wig (I don’t know if he was supposed to represent some famous person in Japan), but it was funny watching the way he was doing his face like a total geek~ reminded me of Ore Ore lol.

Tatsuya was also dressed in a suit but for his section when the trump card was being sold to him (a video in the video), Tatsuya was wearing a black tank top and the way his muscles stood out while he was chewing a gum and his crazy hair made him absolutely gorgeous in a bad boy way. Anyway, after showing Maru (who was like their manager), their attempts to sell the trumps, Maru told him to not wear tank top the same way Maru told Junno to stop ‘promoting’ Legal High after Junno was adding up how many trump cards he would have to buy for the Legal High cast because the cards were so so so cheap… like ¥ 198,000 (lol). Apparently everyone found this price super cheap except Maru who kept repeating how expensive it was with this ‘I can’t believe you guys look’ on his face XD.

So back to the story, after Maru told them no tank tank and no promoting, they both gave Maru this dirty bad-ass look like ‘I’ll really kick your ass’. And lol, this must be the only time Maru could win over Kame with teasing… seems like Kame was his assistant and had leaned in to tell him something then Maru told him that he’s too close. Kame shyly scooted way XD.

Someone with good talent made a drawing HERE.

Overall, the crowd was super wild… like starving souls.

There were two encores and my brain is remembering them in no particular order.

I believe not many people had expected a second encore and so when KAT-TUN busted out on stage again, I saw folks who had already started to leave shot back to their seats.

I can’t remember if this happened during the first or second encore but all of a sudden I heard screams and when I looked down into the crowd, I saw Mister Tatsuya running down the aisle (him alone – the other 3 were still onstage) and he shook HYPHEN’s hands. What I thought was funny was how the staff (poor souls) I think they were taken by surprised because I saw them rushing after Tatsuya and warding off fans and I saw some of the barriers were already removed (so now I wonder if this happened during the second encore when fans had started to leave), but the whole scene was like Tatsuya was jumping in front of a moving train and staff-san was running to rescue him lol. It was fun to watch.

The stage lighting was really pretty. The costumes were catchy and ♪Triangle was absolutely well planned out and executed. ♪Hide and Seek was also well put together in how they played with the light and shadow to emphasise the hide and seek game.

Both concerts lasted over 3 hours and I can’t stress how much energy these guys must have put in to ensure a good show. From song to song they moved really fast and the energy was always sky high. Speaking of high, they used a few high tiny stages, and there was this really high raised platform that they performed on and while on the first night I didn’t notice, but as I watched from the stands on the second night, I noticed the raised platform was shaking and I awed at how they still managed to perform so coolly trusting their abilities and doing their thing.

The Shuichi camera was there and the whole place did the Shuichi pose - and what was supposed to be a test pose because Maru wanted us to get it right, turned out to be the real thing so I guess the audience did a great job. Actually, before the concert, a video showing recaps of past and the upcoming KAT-TUN no Sekaiichi Tame ni Naru Tabi played. Then, Gidou-san (?) from Shuichi (who went on the roller coaster ride with them) told us about this Sunday's special and we had practiced the pose with him... so I guess from then the crowd was ready. So if you watch Shuichi this Sunday (Jan 04), then you’ll get a peek into what happened until the DvD comes.

And then, the experience I’m always happy to be a part of… that moment we all held hands and said, ‘WE ARE KAT-TUN’! It absolutely brings the perfect close to the perfect show and really makes you feel like you’re a part of something amazing.

And so after fighting my way through the subway lines – lines so long reaching all the way outside the station and mad to spill into the road (which makes me wonder why KAT-TUN doesn’t have higher sales with the amount of people), I went to a bar to mellow the night away till 4am.