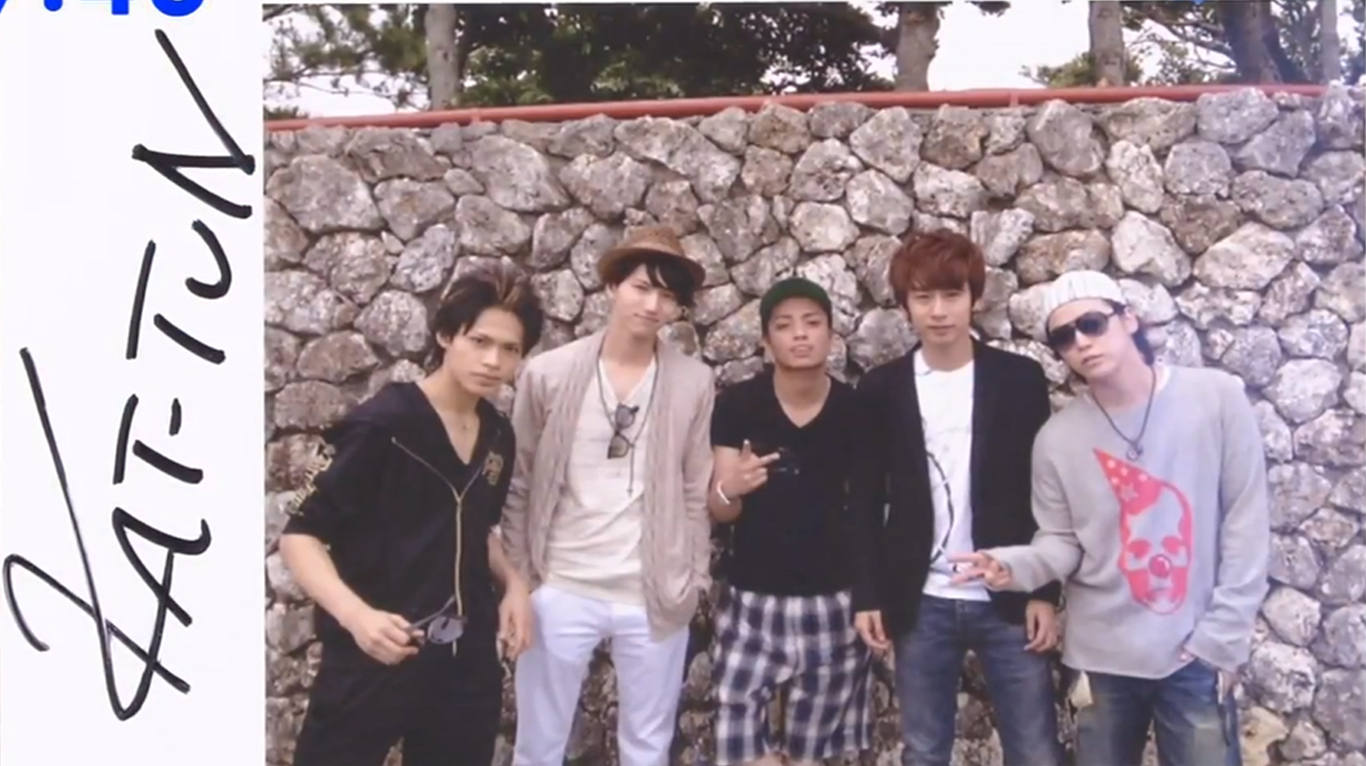 Those who know me will know that as much as I love Kame, Junno, Koki, Tatsuya and Nakamaru individually, that there's one thing I love more... KAT-TUN.

This perfection... this completeness... it's all I want... all I need.
But, it's a new week... things were done, choices have and still are being made. Many people will move on... some have already. I can't blame them. You can't blame a person for leaving fandom after all this... you can't blame a person to lose trust after all this... you can't blame a person to at times think irrationally, because as I've said before, people fight their battles their own way. And as things slowly sank in by Thursday evening, I realised that I've already accepted it. Friday, I woke up and yeah, still feeling sad because then I started to see images of 4nin KAT-TUN faces and they were the saddest faces on earth. Friday evening, I returned from work and YOSHI! my long awaited weekend to finally sort things out. First, I listened to GACKT then I watched anime, then I watched The Vampire Diaries, watched more anime, then finally, deciding that I was ready, I watched Kame's clips... Kame apologising for the trouble caused, Junno not updating his Hanashi serial, thinking about Yucchi on Shuiichi, and I was reminded why I don't like Jin. It's not because he went solo (very frankly, I'm glad he did), but it's because I saw the pain and the constant scrutiny KAT-TUN was and still is going through during that period and they are still recovering from that 'unstable' image...

the man who promised to stay by our side til the end, made some wrong choices and now KAT-TUN as a group, and HYPHENS as fans, got pelt back to square one.

But, I can't hate Koki... I may never forgive him but I can't hate him because the guy still has a heart of gold and I honestly do believe that Koki meant every single word of kindness and encouragement he gave us. He's sincere.

And so by Saturday morning when I woke up, got dressed and stepped outside my apartment to start my day, a cool rush of autumn breeze greeted me, smack in my face, the fresh and clear scent of the changing season in my nostrils, and I smiled, feeling better already. My resolve was already made... I'll miss him, but I have to move on because there's a bigger picture here... KAT-TUN. And at first I was hoping that they would take a very long time to release anything (which I thought would have been the actual reality), but now, today, Sunday, I woke up to watch Shuiichi, and there they were... the sad faces, Tatsuya seeming like he's about to cry, Junno's smile strained and strange, Nakamaru and Kame... *sighs*, they apologised again, and then they announced 'KUSABI' as a mini album and a LIVE CONCERT in Osaka coming November and December, respectively - and I am glad they are ready to move on... because the faster they present themselves as the new KAT-TUN, then it's the faster they can start to rebuild. Again, this won't be easy... it won't be simple... there's still hurt in the pit of my stomach, but I'm the type of person who doesn't like pain... I can't stand drama... I'm not one to keep dragging the things I can't control and mope my way in this life... I'm very easygoing, I want to live a very simple and happy life and so I recover quickly, because if it means giving up someone or something no matter how great the good times lasted... then I'm going to do it because, I'm a firm believer that very surely, all things heal with time.

Arigatou and Sayounara, Koki... I wish you the best of luck, always... see you around.

...and my Dearest, KAT-TUN, I'll be here, waiting and supporting you, always!◕‿◕✿
Try and have a Happy Week!